1. Building Self-Esteem. The best way to build self-esteem is to give opportunities for child to succeed… and to fail. Yup, you read it right — to fail. When a child faces the monkey bars for the first time, fear settles in. He tells himself, “How can I possibly swing from those?”. He tries it and falls on the first bar. He avoids the monkey bars but is faced with it everyday during Outdoor Play Time. And so he tries again and falls again. He then decides to swing in it everyday until he swings on every bar and jumps from it like a gymnast. This is a great teaching moment for the teacher too. Whenever this child faces difficulty in any other school activity, the teacher can always encourage him by saying “Remember the time when you couldn’t swing in the monkey bars?” The child remembers and has more confidence in taking risks, failing, practicing and eventually succeeding. As the song goes, “But I got to pick myself up, dust myself off, start all over again..” I think the writer wrote this in a playground!

2. Connecting with others. Toddlers usually engage in parallel play or playing side by side but not with each other. As they grow, they learn to interactively play with other children. They learn to come up to their classmates and ask them to play or join a group in a game of tag. The playground gives such opportunities. Games usually played in playgrounds require more than 2 children — whether it be tag (or habulan in Filipino), hide and seek (or Taguan in Filipino) or just simply making a sand castle.

3. Resolving Conflict. As in any life situation, conflict is usually present in the playground. This is usually brought about by different behaviors, attitudes and upbringing. Creating the conflict is easy. Resolving it takes skill. And this skill can be learned in the playground. What I love about conflict is it’s the ultimate teaching moment. The goal for conflict resolution is peace. When a child is in conflict with another child in the playground, this can result to the game ending abruptly or the creation of enemies — things that a child does not like to happen. And so to avoid these effects, a child learns to temper down and get along with others. Now how can we teach adults the same thing?!

4. Taking Turns. Oh how the world would change if everyone knew how to wait their turn! This skill should be developed early on. A child comes from an egocentric stage before entering school. He thinks that everything is his and he can use anything he likes at any given time. When he plays in the playground with other children, he realizes that there are others who also want to play with the slide, the swing, the shovel, the monkey bars, etc. And so the battle begins.. The progressive teacher then sets the rules of taking turns. What?! The child exclaims. I have to wait?! The teacher then asks him “What if your classmates used it the whole time without giving you your turn? What would you feel?” The child thinks, “I wouldn’t want THAT to happen?” A great teaching moment, indeed. 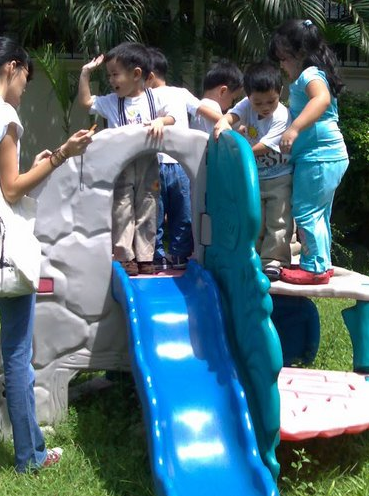 5. Standing ground. As much as I don’t like bullies, I’m also saddened with push-overs. Upon learning the first 4 life skills, a child needs to reinforce it by standing his ground. Learning to defend one’s self is a skill that every child should strengthen. This prepares them not only for self-preservation but also as an early defensive skill. This also shows how he values himself, his identity and his territory. 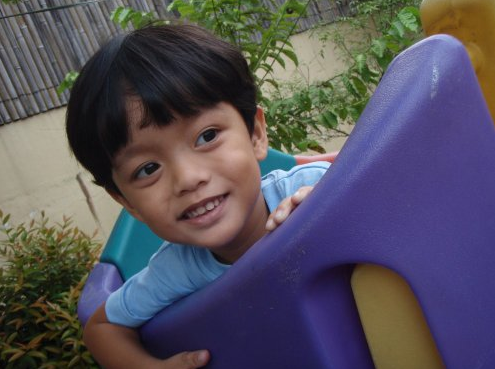 So the next time you see children in the playground, join them. We not only need the exercise, we also need a refresher course on these life skills!

When I entered grad school, my classmates were the age of my kids. My brain usually couldnt keep up. After 2 years, with amazing profs and classmates, here I am, still unsure but willing to learn #growthmindset #fyp #tiktokph #teachertina #phdlife #phdjourney #psychology
I started my PhD journey when the pandemic hit so it was all online for 2 years. Today was my first day in campus 💙
Kalimitan pag nagtaTantrum ang isang bata, sasabihin ng magulang “Tumigil ka muna umiyak! Kakausapin lang kita pagtigil mo!” .
Our eldest just got married. She was the first baby raised with my village of ride-or-die friends. They lovingly prepped a post reception surprise that matched the reception itself because that’s just how they are! To @carlayuson , @karoasistio , @nana_estrera, @tarte_manila and hubbies, I was only able to raise Arianna because you were all there for us from the very beginning. I love you forever! 🥰😘🥹
Nakakapunta lang ako sa mga bar kagaya ng @dirtykitchen.mnl pag party ni @anialmario! Bonus na ang DJ ay si @lourddv !
Bakit nag nagtaTANTRUM o nagpapakita ng matinding galit o iyak ang bata? .

Begin typing your search above and press return to search. Press Esc to cancel.